Art, Mirrors and the Divine 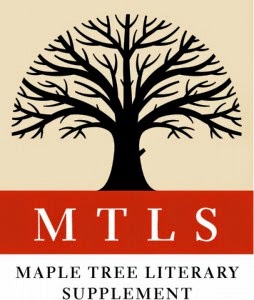 Art, Mirrors and the Divine

The prominent writer, teacher and religion philosopher Neville Goddard (1905-72) started his 1969 essay, “The Artist is God” with the following phrase: “God is the great artist, and there is no artistry so lovely as that which perfects itself in the making of its image.” The postmodernism of the twenty-first century champions that idea extensively - every artist is a bit of a god. This sentiment is promoted amongst artists, while every art connoisseur seem to think the same. Who else but a god's messenger can bring into our world so many works of art, simple and complex at the same time, intriguing, provocative and fascinating, terrible and terrific. Artists depict whatever they wish - good or bad, evil or kind - and in the limitless variety of the possible topics to choose from, they become true gods and druids of the divine in art.
Generally conceived, the world of the arts is far more complex than we imagine. This is because the aesthetic permeates the most or, seemingly, least artistic of our daily activities and is an inseparable part of the human experience. This is what motivates as apparently disparate as a million dollar masterpiece purchase or everyday events like cooking, socialising, loving, living.  Moreover, art is a mirror that reflects our world and in which our word is reflected. That mirror has various forms or shapes - musical sounds, paints, words, dance movements, and so on.
Following the words of Oscar Wilde (1854-1900) that “it's the spectator, and not life, that art really mirrors,” one may conclude that life or lived experience is given its quality by the kinds of people - spectators – in the world. It also means that an artist who creates artworks –  music, painting or a novel – that is attuned to the inner worlds of the spectator, becomes a true god. Every brush stroke, every sentence, every sound enabling people to think, feel, analyse and reflect through the whole work of a given artist equals the human essence which shapes consciousness and, our world. Consequently, the artist becomes a mirror, in which everyone finds their own interpretation and reflexion of the universe as re-presented through the subjective prism of the artist's self-reflexion. The outcome is that every art spectator’s thought and perception is refined twice and is born two times – through the work of the artist-creator  and through the spectator's own subjective and artistic reflective prism as shaped by their worldviews, educational background, or personal philosophy.
Based on the spectator’s twice-mediated reflections they might be able to re-create their own divine story of da Vinci's Mona Lisa (1503-17) or invent personal artistic technique.  Other spectators might not be moved to create or innovate. For this set of people that painting might simply remain a masterpiece of the Renaissance just because other people believe it to be so. While the divine quality of art seems to be very personal and linked to the genius of the individual artists, it still directly depends on the spectator. Due to that fact almost all successful artists ironically devote  greater attention to the aesthetic expectations of potential spectators than to the works they create. Convincing one crowd means convincing everyone. True gods need fertile ground for their artistic seeds; and it is  the art world, which gives value to any kind of art. Not so many will dare to contradict the official viewpoints of the art world. And this is why Michelangelo's David (1501-4) is the greatest statue ever and da Vinci's Mona Lisa is the most mysterious painting ever, even if some might be extremely fond of Antonio Canova or Bertel Thorvaldsen's sculptural compositions and William-Adolphe Bouguereau's realistic depictions.
In his 1889 essay, “The Decay of Lying,” Oscar Wilde proposes the idea of anti-mimesis. By that he means that, what we observe in the objective world or in the beauty of nature, is not real. Rather the objective world is made of all the things that musicians, writers, poets and painters taught us to see and, it goes without saying, to admire. Divine art provides spectators with important interpretations of the world and life instructions, which they follow. Angels are believed to be plump little kids with white wings; storms and the shipwreck should arouse greater emotions than the ordinary sunset on the beach. “Life imitates Art far more, than Art imitates Life,” says Wilde in the essay and he is right. Artists have the divine power to unveil the things no one else would ever conceive or see in a different way. An example is Charles Baudelaire's poem dedicated to a dead animal “Une Charogne” – “The Carcase" (1857).  That work is not an imitation of life but the vision of a poet, who explores new ideas and creates new poetic worlds. Since the new world is presented to the spectator or reader, the vision is likely to be changed to some extent, modified by the spectator’s subjectivity. Some will develop admiration for dead animals, while others will never see the horse's dead body in the same way they did before. Thus, ordinary life undergoes artistic influence and starts imitating the author's message or vision and serves as an artistic mirror. 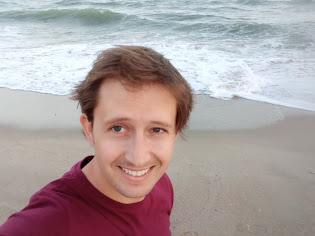